Written by medievaldragon on May 17, 2016. Posted in Patch Notes, StarCraft 2 News

You’ve asked for him and he’s finally here. Everyone’s favorite gene sequencer is ready to bring his superior intellect to the battlefield. You’ll be able to collect biomass and evolve your minions into the mighty Brutalisk and Leviathan.

If a new commander wasn’t enough, Patch 3.3 is bringing new content to Co-op Missions as well. Weekly Mutations will constantly throw fresh challenges your way while Mastery Levels will allow you to power up your max level commanders to new heights.

We redesigned the chat system and continue to look for ways to make player interaction more social and fun. We’re happy to announce a feature that provides players with a new way to express themselves—chat emoticons!

We’ve improved the landing screen to provide a smoother experience for all players. This includes a reorganization of some of the existing landing screen elements and new functionality that will help bring some of the most important updates front and center. 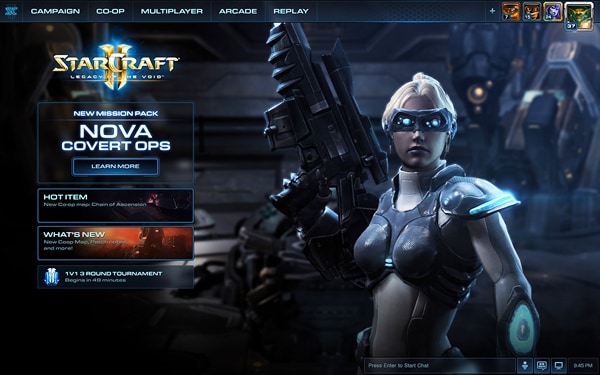 Please keep in mind that the patch will be going live in each region at different times. North America will release on Tuesday, 5/17.